The riding today just wasn’t fun. When you’re riding across the country, there’s bound to be a few stretches that are just unenjoyable for one reason or another, but this one was unenjoyable for several reasons.

The roads were generally poorly maintained, busy, lacking a shoulder, or some combination of the three. The towns we passed were more run down than cute, the terrain was not particularly attractive, and the convenience stores had dismal selections of cold drinks. The weather was hot and headwind-y and hot. Everyone we passed told us it was too hot of a day for a “pedal bike ride,” as if we woke up and decided to ride bikes with luggage on them for fun today. Yeah, we know it’s too hot to be doing what we’re doing, and you pointing it out doesn’t make it any easier. 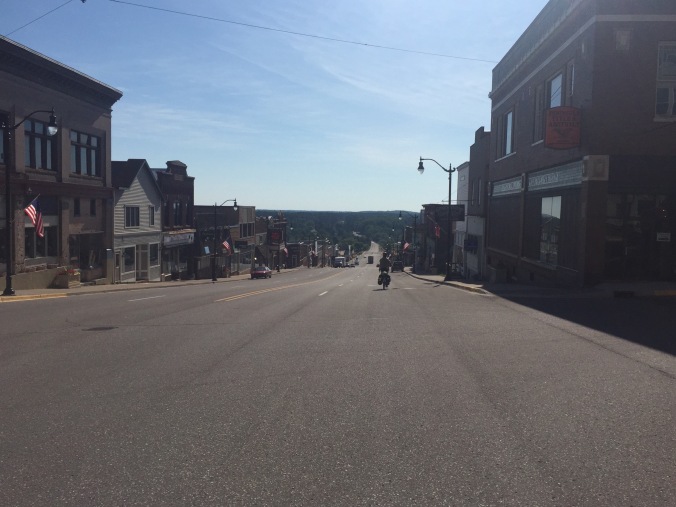 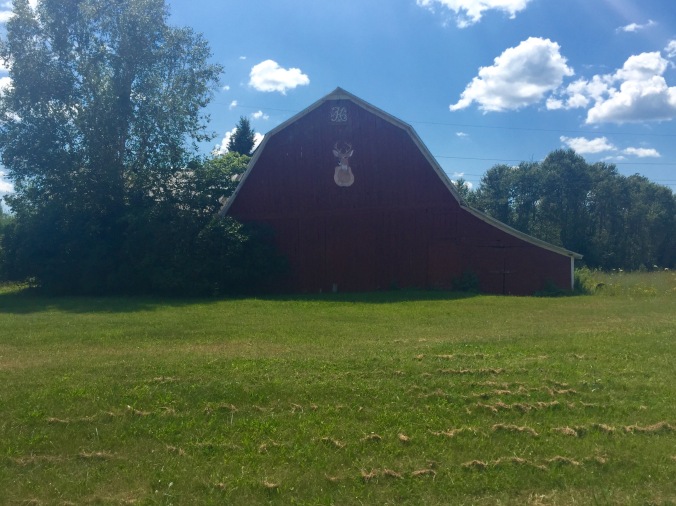 We stopped about 15 miles from our final destination and took shelter in a cool, dark bar with one patron. The patron wanted to talk to us nonstop about our trip, and I’m afraid we weren’t the best bike touring ambassadors at the time. We very unconvincingly said that bike touring was the best way to travel, that we usually had fun, blah blah. But all either of us wanted to do was sit in silence drinking Gatorade poured over ice because regular refrigerated Gatorade wasn’t cold enough for us (we are such wimps these days). And this guy was a talker.

They also reminded us that we would enter eastern time in a few miles, which meant we would arrive to Escanaba an hour later than we expected. Which meant tonight would be another night without enough sleep. 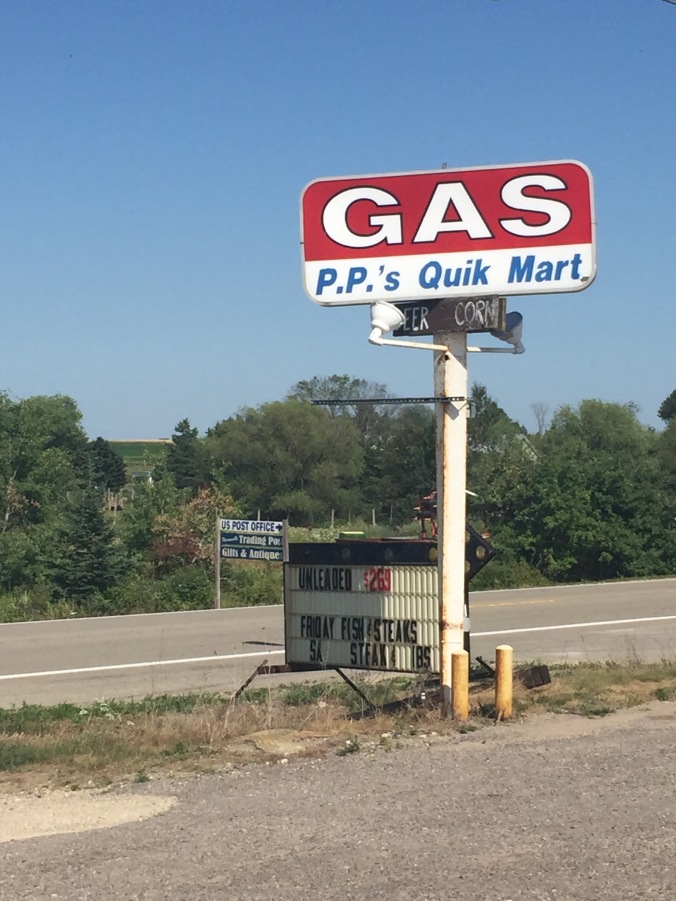 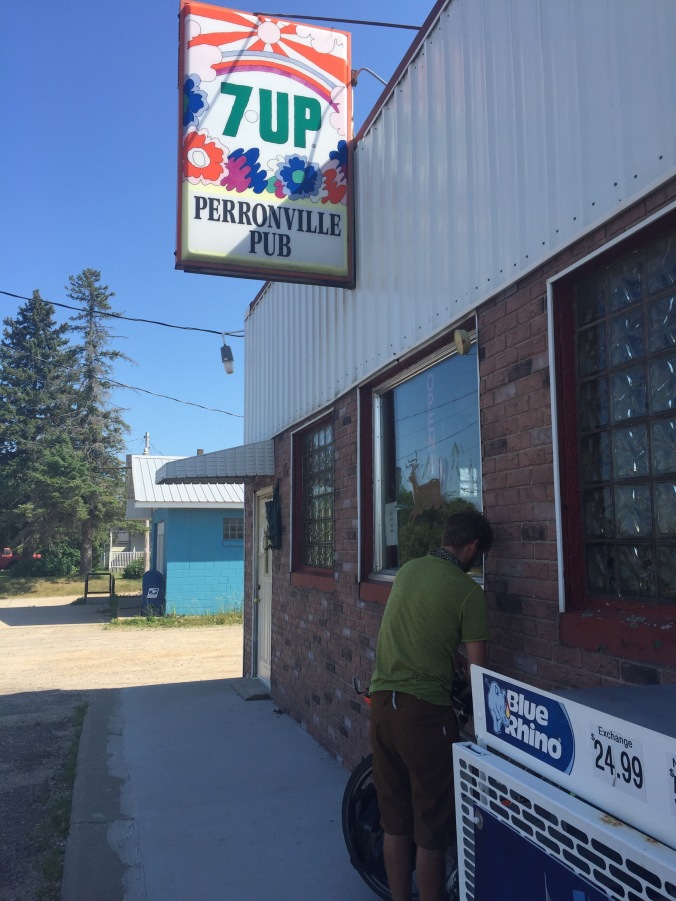 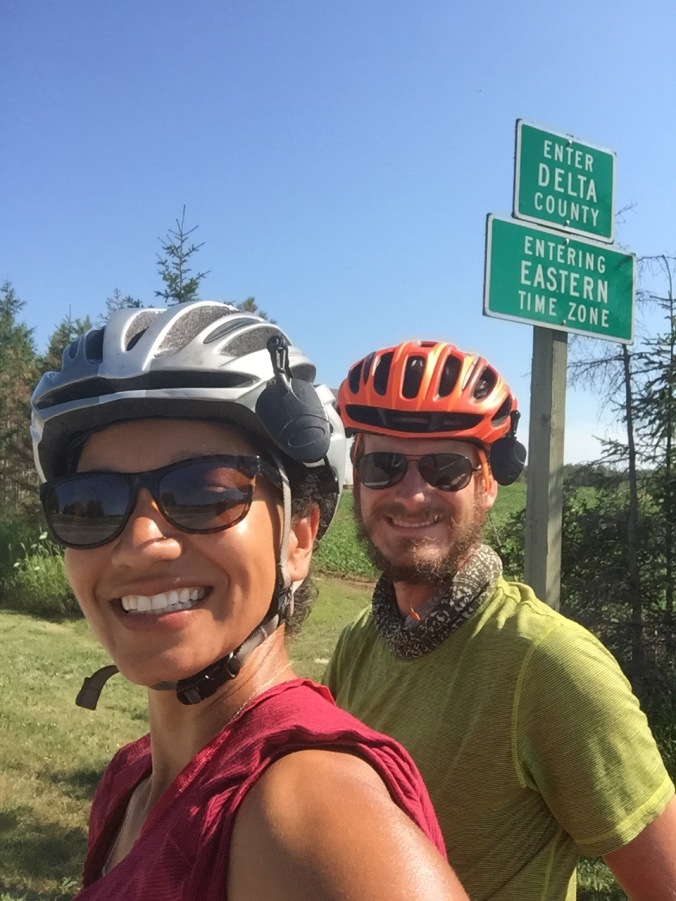 We pushed through 89 miles of this hot monotony, determined, but perhaps not without complaint. Luckily, no one could hear us complain. We couldn’t even hear each other. We mostly just heard the wind. 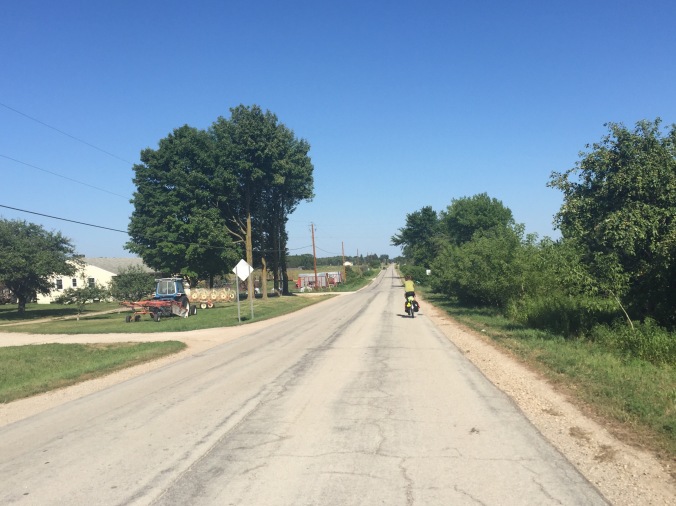 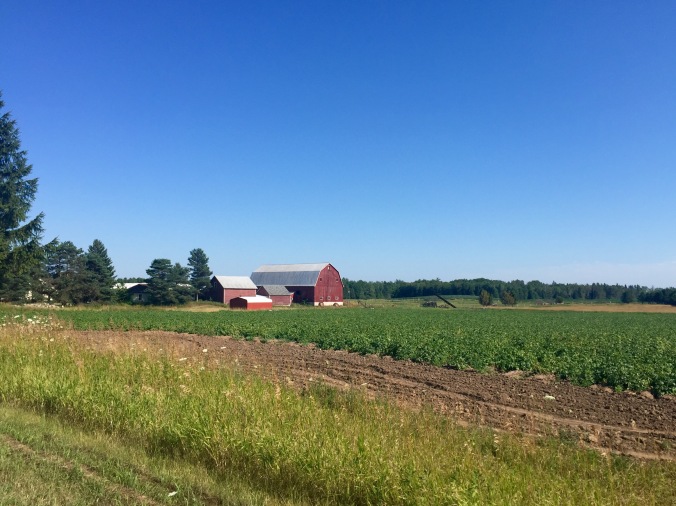 Anyways, after (finally) making it into Escanaba, we stopped at Culver’s to reward ourselves with ice cream treats. Dani had a chocolate concrete, which she said was heads and tails better than the DQ Blizzard she had a few days ago, and I had a mango smoothie. We’ll have to keep our eyes open for Culver’s; any store that sells ice cream and butters both sides of their hamburger buns is OK with me.

Once our core temperature cooled down a bit, we headed over to meet our warm showers host for the evening. Al was the bright spot on this otherwise dreary day. He grew up near Escanaba and then spent 20 years in the military before coming back. He is a chef, bike commutes year round (winter in the UP!!?!), and was instrumental in getting a lakeside disc golf course constructed in Escanaba.

As we were visiting with him, his daughter and her boyfriend came by to say hi. Just lovely people all around.

Al took us on a six or so mile tour around town. He was an excellent guide, pointing out historic buildings and telling us their stories. We saw Al Capone’s old house (pictured below), the beautiful park on Lake Michigan, and several stately old buildings. We also learned that there was a tunnel leading from the House of Ludington to Al Capone’s hideout, so he could go to his favorite place to hang out without being seen. The buildings were probably a half mile away from one another. After the tour, we visited Al’s (Al, our host, not Al Capone) restaurant, which also happen to be the first brew pub on the UP, and had a round of great beer. Then we headed back to his house, grabbing a barbecue chicken pizza and some breadsticks on the way. 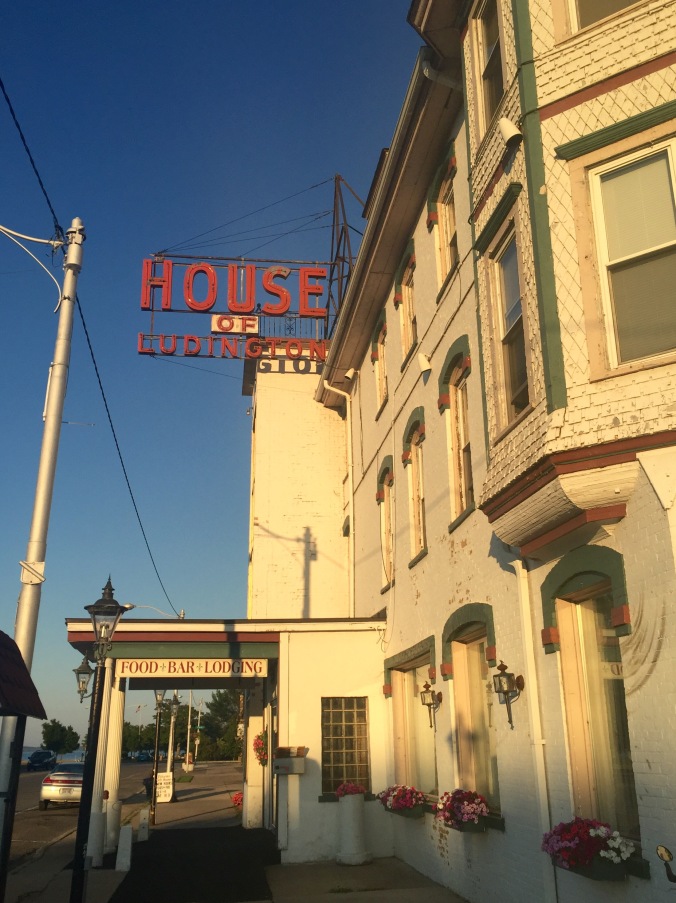 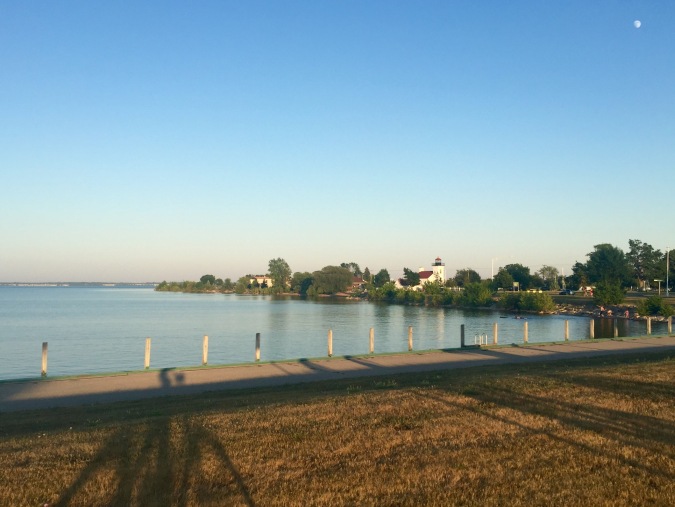 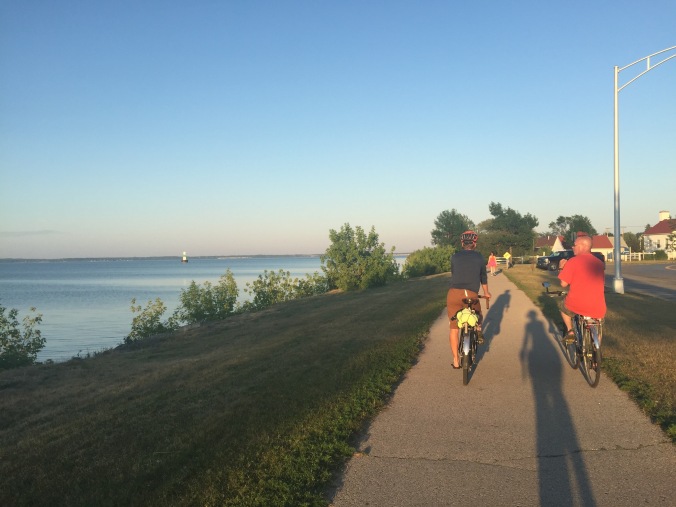 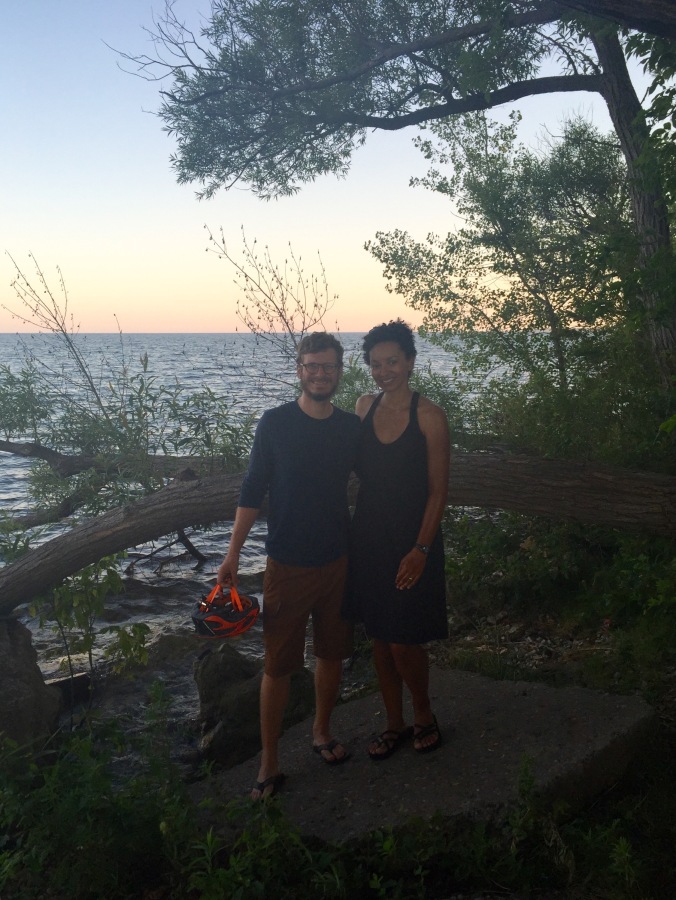 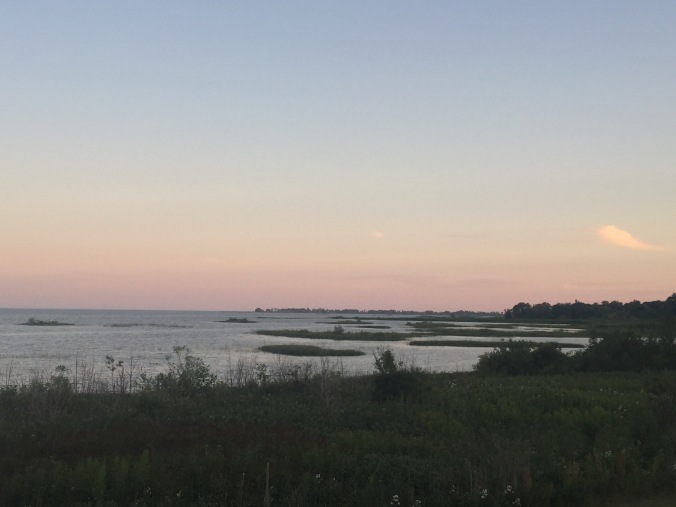 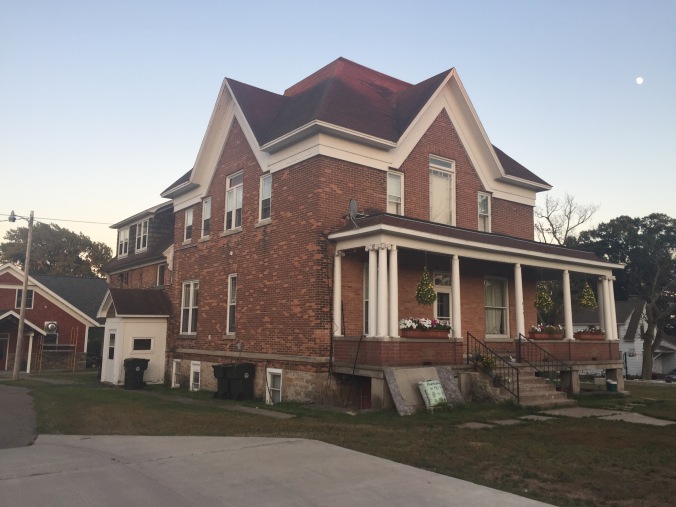 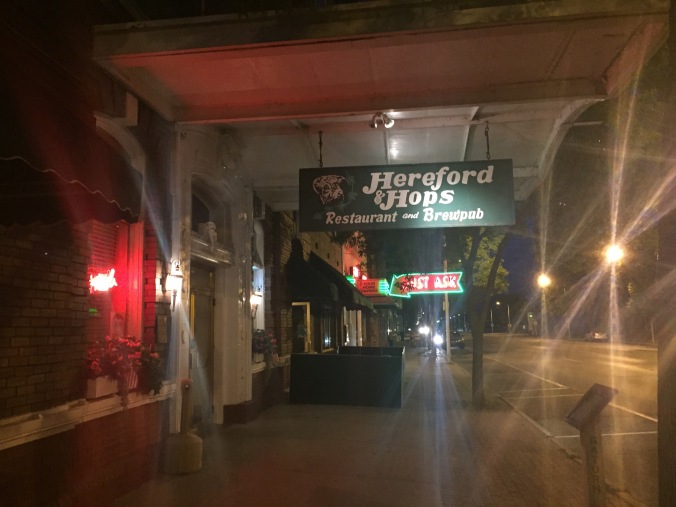 We were both exhausted after our draining ride, so we headed to bed almost immediately after we finished eating. I think we’re going to make tomorrow a short day.